"Once in his life a man ought to concentrate his mind upon the remembered earth. He ought to give himself up to a particular landscape in his experience; to look at it from as many angles as he can, to wonder upon it, to dwell upon it.
He ought to imagine that he touches it with his hands at every season and listens to the sounds that are made upon it.
He ought to imagine the creatures there and all the faintest motions of the wind. He ought to recollect the glare of the moon and the colors of the dawn and dusk."   ~N. Scott Momaday 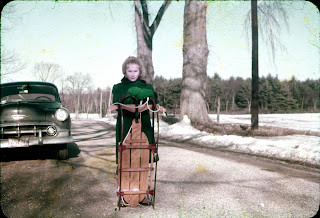 I spent my childhood
in love with home—
with the gold/emerald grasses that knelt under my feet
and stood again after I passed,
with the spring flowers in my mother’s garden,
violets, lily of the valley, daffodils,
their breath sweet, their faces washed in sunshine,
and later, the fairy roses that climbed the fence
and hobnobbed with the first cut hay; 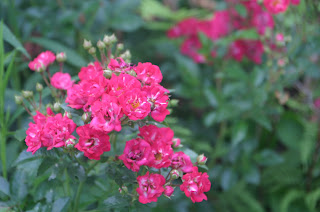 with the rough rocks that lined the banks
of the small brook that cut a path
through barbed and tangled berry bushes,
ripe with bee-spun fruit;
with the bent branches of an old apple tree
I climbed on, pretending I was astride a unicorn;
with the dirt road that, once tarred over,
led me past neighboring farmland, past deep woods
where I would prowl, looking for signs of bear
or wild Indians, half Indian myself, walking toe first
through the crackling underbrush; 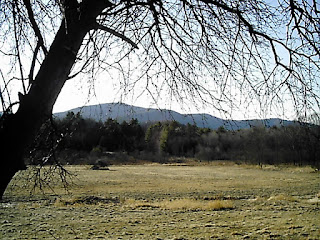 with the staccato tap of rain on leaves
the warm, green-brown scent of wet earth
and great equinoctial storms
that presaged the change of seasons;
with my small, cross-legged self,
small among the cornstalks,
watching a chipmunk forage for kernals,
and once, a stately antlered buck watching me; 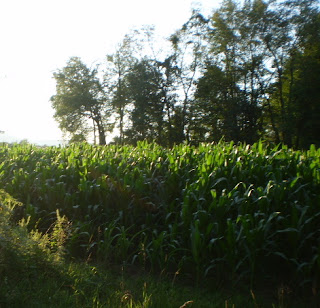 with the drift and spin of painted leaves,
touched by the brush of frost
and the tented webs that glimmered
red and blue and glittering silver on September lawns;
with the first snowflakes whispering on a chill wind
with knee-deep drifts, and sleds,
and green Christmas mittens, up-turned collars
and scratchy scarves, snowpants that swished,
galoshes with frozen buckles that finally yielded
to small, determined, snow-frozen fingers;
with March winds that rattled the old wooden shutters,
blew snow that piled in small drifts
on the window sills and etched icy ferns on the panes; 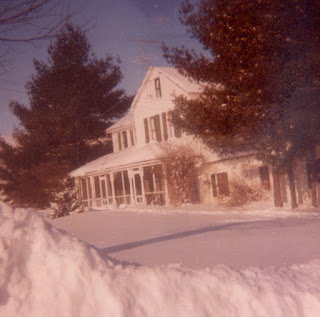 with the return of robins, blue eggs huddled in a nest
I could spy on from the upstairs window,
finding great comfort in the way
the parent birds looked after their young
until, at last, the babies flew. 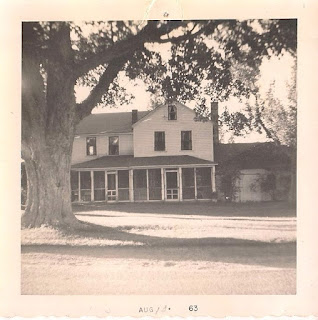 Posted by Pauline at 9:43 AM 11 comments: Links to this post 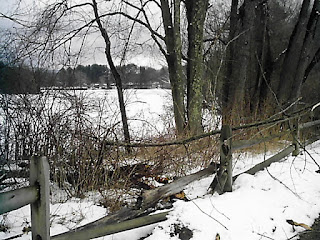 This has been a fairly snow-less winter so far. One Sunday morning writing prompt, however, dealt with the white stuff. Here's the result.

Write 12 ways of looking at snow.

Two
a cat burglar sneaking in on a passing cold front,
stealing color, hiding the tricycle and the dog’s dish,
disguising the starkness of trees with fluff,
covering its tracks as it leaves

Three
a bully, sweeping in on a fierce wind,
a white fury casting cold spells,
spinning and dancing like a colorless gypsy
tapping its tambourine fingers against the window panes

Four
A blanket of silence covering sky and earth,
flung out and floating down silently
in heaps and wrinkles

Five
an ice challenge, wicked, cold, and inhospitable,
hard as rock, unyielding even to the distant sun

Six
a nightmare like a thief in the night
stealing the familiar, leaving an expanse of
nothingness where light was

Seven
a gossamer dream, a fairy tale, a story of
eternal cold dressed in ermine, of diamond faceted jewels
that glitter under a pale moon

Eight
a blustery uncle, all noise and fake promises
who rushes in, pulls out his watch, and says, “I must hurry,”
as he dashes off

Nine
a lingering guest, one who arrives unexpectedly, expects a
room and food, languishes on the sofa with a hand to her head,
her scarf trailing across the roads and fields and tangling
in the branches of the trees

Ten
an artist with a monochromatic palette, painting with broad strokes

Eleven
an eraser, an impenetrable veil, a swirl of opaque white, a myriad of genies
escaped and coalesced, their arms and bodies so entwined that no light
pierces their white shadows

Twelve
a silence so profound one can hear only his own heartbeat counting the seconds,
his own blood swishing to the same tempo of snowflakes falling on his sleeve 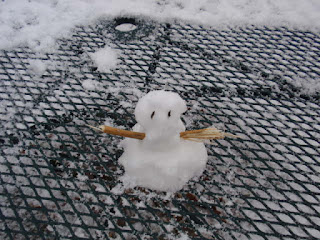 Posted by Pauline at 6:42 AM 10 comments: Links to this post