It’s been years since a ghostie or goblin or even a Power Ranger has darkened my doorstep; longer still since I’ve been one myself. But night falls earlier now, and a chilly wind is blowing. It’s almost time for the spirits to be abroad.

I remember only one Halloween night that every child on my street did not meet after supper to begin our siege of the neighborhood. Usually we planned our costumes for weeks before the 31st, discussing the disguising properties of masks over face paint, homemade outfits cobbled together from whatever we had or could pilfer from our parents’ closets versus store bought costumes we’d have to talk them into buying. But this one particular year, the year I was eight, a town party was planned, and we were all expected to attend.

When a ritual is interrupted, something changes. In previous years the matter of my costume was left up to me. This year, because of the party, and because the party had a theme, I was forced to narrow my choices. Children were obligated to dress as a book character.

When my mother told me this, my first thought was to be a pirate, a la the mustachioed, swashbuckling Captain Hook from Peter Pan. I was practicing my “Ahoy, Matey!” and swinging an imaginary sword over my head with gusto when she dropped the other shoe. I had to be a girl from a story.

There is nothing worse than having to be what you already are on Halloween. The one night I could be anybody or anything I had the imagination to disguise myself as lost all its magic. That settled it. I wasn’t going to any adult-planned Halloween party. I would go trick or treating by myself. I would be a lone hobo, face blackened with a burned cork, a mop on my head for hair, one of my father’s shirts buttoned over my own.

“Who are you going to get candy from?” my brother asked. “Nobody will be home.”

I hadn’t thought of that. Bad enough to have to tromp the street in the scary dark all alone. Worse still to do it for nothing.

The night of the party, my brother appeared as Captain Hook. He wore a black patch strung over one eye, a tri-cornered cardboard hat, and a large metal hook screwed cleverly into a cork projecting from one sleeve. I was in one of my school dresses, complete with white tights and my Sunday shoes. The only concessions to costuming were the two bright circles of pink painted on my cheeks and a braided wig of yellow yarn on my head. Alice in Wonderland had never looked so forlorn, I’m sure.

That may have not been the last town party, but it was the last one we ever attended. The next Halloween saw half a dozen ghosts, hoboes, and zombies (and one swashbuckling pirate) armed with paper sacks, knocking once again on neighborhood doors.

Prompted by this week's Writers Island suggestion of "haunted."
Posted by Pauline at 4:50 PM 17 comments:

back to back memes

I accepted Snowsparkle’s tag to this meme though I’ve altered it a bit. The first part is an acronym using the first letters of one’s middle name but I don’t reveal that so here are some that go with my first name instead:

The second part of the meme consists of the following questions:

1. If you could have superpowers, what would they be? There is no obligation to be unselfish, save the world etc.

I want the power to undo wrongdoing, to commune with the dead, and to travel through time…

2. Stranded on a desert island with a CD player and 10 CDs, what would they be?

4. If you were a bird, what kind would you like to be?

5. If you were a bird, whose head would you poo on?

There are some things one has little control over...

6. Are there any foods your body craves?

Whatever I’m eating at the time…

Spring for the scent of wet earth
Summer for the delicious warmth and the long days of light
Fall for its bright colors and hazy, sunlit afternoons
Winter for the tang of new snow and the dusky, muted colors

Sunrise and sunset and the half hours just before and after

9. If a change is as good as a rest, which would you choose?

Rest for a change

10. If you could invite five people living or dead, past or present to a dinner party, who would they be?

When I am nervous - my stomach flutters

The last song I listened to was - Green Eyes by Misty River. It has a haunting melody that I can’t get out of my head

I should be - cleaning the cottage right now but here I am, playing

When I look down I see - where my feet are going 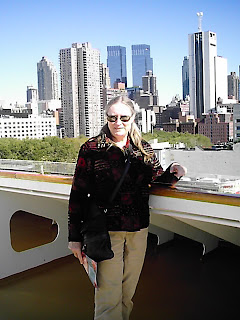 The happiest recent event was - reading my poetry aloud to a crowd of congenial poets at an open mic night and just before that was a surprise shoreline cruise on an ocean liner and right before that was an afternoon-long motorcycle ride through the hazy autumn sunshine and before that was the trip to Oregon where my son and I camped among the redwoods. I’m happy a lot 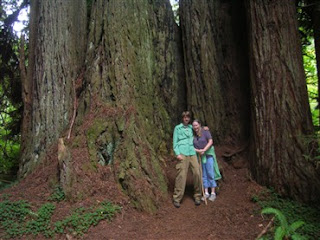 By this time, next year - who knows? It’s the mystery that keeps me going

My current distress is - wanting to retire but having to work

If I won an award, the first person I would tell is - whichever of my children answered the phone first

I want to buy a - new winter coat, down-filled with a fur-trimmed hood

I plan on visiting - my grandchildren. My granddaughter will be seven at the end of the month

The world could do without - hatred born of fear

My middle name is - not about to be revealed

In the morning I - sip tea and watch the sun rise

If I were an animal, I would be a - cat, independent and sleek and jungle-minded

A better name for me would be - you know, I’ve never liked my name but I’ve never come up with one that fits, either

Tomorrow, I am - having homemade pea soup. The stock is simmering on the back burner now